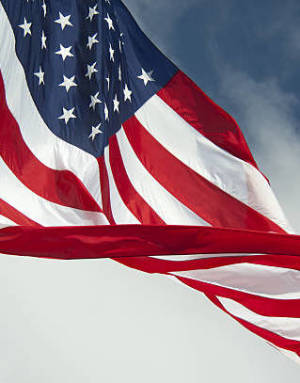 Robert Caton passed away suddenly on Saturday, August 24th, 2019, while participating in one of his favorite activities, playing golf. Known affectionately as both Rob and Bob by friends, family, and business associates, he is survived by his wife Judy Caton, his daughters, Chris Krummenoehl and Lisa Caton, and three grandchildren, Ella, Claire and Ben Krummenoehl.

Rob was born in Arlington, Virginia. He was the first in his family to graduate from college. On Judy’s first weekend of college they met, and then married 14 months later.  As a graduate from Salisbury State University, Rob received a Bachelor’s degree in Business/Accounting, and received a Master’s degree in Business from Johns Hopkins University in Baltimore. He served in the US Air Force during the Vietnam era, and was stationed at Andrews Air Force Base. He and Judy were married October 1971.   He worked for various companies throughout his years as an Accounting Manager, including Coca Cola Company. Rob and Judy started their real estate career in the early 1990s with O’Conor, Piper, & Flynn, which became Coldwell Banker, and 15 years later moved to Remax Advantage Realty in Columbia/ Ellicott City.

At the time of his passing Rob was an active member of the Screen Actors Guild (SAG). A skilled horseman in dressage, hunter jumpers, and eventing, Rob spent many years training and perfecting his work with horses, ultimately leading him to be responsible for many of the horseback riding scenes in the successful film “Gods and Generals” as a stand-in for Robert Duvall in his character of Robert E. Lee.  He appeared in the movie “John Adams” as the Maryland delegate in the scene where the Congress argued over & signed the Declaration of Independence.  Rob appeared with actress Julia Louis-Dreyfus in the hit TV show “VEEP”, as well as “The Wire”, “The Replacements”, “The Village”, and other movies.

Rob was an avid sportsman and throughout his life he played football in high school and college. He wrestled, threw shot put, later was an avid tennis player and jogger, then he rode & trained horses. He and Judy owned a horse farm where is his daughters rode horses in their backyard and attended competitions.  In later years, Rob finally learned to love and play golf, thanks to his son-in-law, Tim.  In addition to his commitment to his work in the real estate business, he also loved serving as a coach at various high schools in Howard County. Rob and Judy were active members of their church where Rob served in a variety of positions from Chairman of the Board to teaching Sunday School. Judy will remain actively involved in their church, as well as with Remax Advantage Realty.

Rob will be remembered as a loving and devoted husband, father, grandfather, friend and co-worker. At his core, Rob was a teacher/coach, and loved to help others perfect their craft in horseback riding, track and field, and golf. He loved being a grandfather and it was not out of the ordinary for him to be on the floor playing with his grandchildren. Rob was always the calm in the storm and the rock of his family. His faith grew strong over the years, which led him to become a spiritual inspiration to his family. Always available, never judgmental, and loving mankind were ways that he hoped to inspire others.  His kind, gentle, and honest nature will be missed by all who were blessed to have known him.

A visitation for Rob will be held on Friday, August 30th from 4 to 6 pm at the Harry H. Witzke's Family Funeral Home in Ellicott City, and a military service will be planned later by the family.

In lieu of flowers, a scholarship fund has been set up to benefit Rob’s grandchildren. Please contact the family for details.