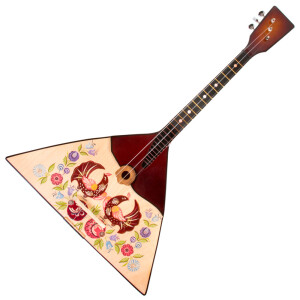 Anna Titoff, 85, of Columbia, MD, passed away peacefully on September 21, 2021. Anna was born on December 18, 1935 as Patricia Ann Keys, at her maternal grandparents home in Hillsboro, Ohio.

Her parents divorced and her mother remarried.  When WWII began, her step-father enlisted in the army and they traveled to Biloxi, MS while he was in tech school.  It was here that her first brother was born.  During the remainder of the war years, the family lived in the west side of Cleveland in the vicinity of her step-father’s family while he was overseas.

Interestingly, she would ride the streetcar among other places, to school alone, something an 8-10 year old girl would be unlikely to do today.

In 1946, her step-father reenlisted in the army and the family moved to a five acre ranch outside of Medford, OR.

After sometime there, Anna went back to Hillsboro to live with her grandparents.  In 1949, her stepfather died in an aircraft accident and her mother, and now two brothers, moved back to Hillsboro, where they remained until November 1950 when her mother remarried and the family moved to Middletown, PA.

In April of 1952, Her step-father received orders to Bolling AFB in Washington, D.C. and the family again moved, this time to College Park, MD, where she remained until she graduated from the University of Maryland in 1957.

Up until then, she had lived in six different homes had attended seven different public schools, graduating from Northwestern High School in Hyattsville, MD in 1953.

After high school, Anna went to the University of Maryland at College Park., where she followed  her passion for languages and studied Russian and Chinese.  She had already studied French, Spanish and Latin while in high school.

While in college, she was also served in the U.S. Marine Corps Reserve.

Following her graduation from Maryland, Anna booked passage on a French Line ship and traveled to England and Scotland to visit one of several foreign pen pals she had been corresponding with since high school.

Upon her return from England, she moved into an apartment on Irving Street in Washington D.C. and took a job with the United States Treasury, where she remained in various positions for the next 43 years.  She lived in Washington D.C. until the last year of her life.  She never had a driver’s license.

Anna loved music and dance.  She took piano lessons growing up and had no trouble reading music.  She took up folk dancing, and it was there that she met Grisha Titoff, the man she would eventually marry.  Grisha was a professional musician who played the Balalaika.

Over the years, she learned to play the balalaika and eventually became a member of the Washington Balalaika Society Orchestra (WBS) as well as some smaller ensemble groups where she both played balalaika and sang.

Anna had a wonderful singing voice. She had sung in the choir in high school, and was in the choir at St. Nicholas Orthodox church.  Aside from playing balalaika, she also sang with WBS. She and Grisha also organized an annual Russian New Years Party that became so popular they had to limit invitations.

Anna also developed an interest in spinning and weaving with her mother.  They became highly accomplished at it, and regularly gave costumed demonstrations at historical locations, notably at Gunston Hall, the home of George Mason.

She had beautiful handwriting, and studied calligraphy.

Anna also had an interest in Japanese culture, and for some years studied the Japanese Tea Ceremony.  She at one time considered going to Japan to teach English as a second language.

Anna was a joyful, lovely person  - very poised and proper.  And, one who had developed many talents.  Her love of languages and music showed through in her melodic voice, diction, and her perfect grammar, in fact her family called on her whenever they had a grammatical question. She was the authority.  She was very thoughtful and generous with others and helped them to pursue their own interests.  She was not judgemental or confrontational, she had the patience of Job.  She just never got angry,  She received many awards while she worked at the Treasury Department and retired as a Financial Analyst.  She will be sorely missed by her many friends and family.

Anna was preceded in death by her Mother, Jessie Guerrero; her Father, Richard Keys; both of her step-fathers, William P. Barkley and Frank Guerrero; her Brother, Douglas Barkley; and her husband of 30 years, Grisha Titoff.

Anna felt a special closeness with her maternal grandparents, and will be interred with them in Hillsboro, OH.

To send flowers to the family or plant a tree in memory of Anna Titoff, please visit our floral store.

You can still show your support by sending flowers directly to the family, or by planting a memorial tree in the memory of Anna Titoff
Share a memory
© 2021 Harry H. Witzke's Family Funeral Home. All Rights Reserved. Funeral Home website by CFS & TA | Terms of Use | Privacy Policy