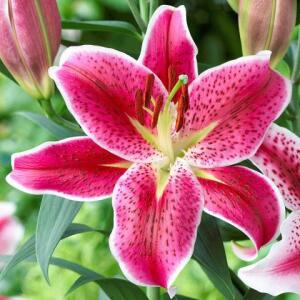 Carolyn Ellinger Beitel passed away peacefully in her sleep on January 20, 2023. Carolyn was born on March 5, 1939 in Cuero, Texas. After graduating Cuero High School she attended the University of Texas in Austin. She then moved to San Antonio, Texas where she worked as a Registered Nuclear Medicine Technologist.

In 1963, she became the business manager for South Texas Radiology (eight physicians and six locations) and was responsible for the patient billing, collections, third-party billing, follow-up and appeals as well as administrative duties including management of fifty employees.

In 1976, she became the business manager for O’Neill and Associates, PA. a radiology practice with five physicians in six locations. She was responsible for computerized patient billing, collections, third-party billing, follow-up and appeals as well as administrative duties including management of eighteen employees.

In 1984, Carolyn founded and managed San Antonio Business Services. The company provided fully computerized accounts receivable management for four group practices of physicians to include all aspects of billing and collections. Gross annual client billing exceeded $4.5 million and collection rates averaged 91%. She oversaw eleven employees to include payroll and benefits.

In 1985, Carolyn also founded and was President of Alamo Collection Services, Inc.  This company performed collection of client’s delinquent accounts with specialization in the collection of medical accounts. In this company, She oversaw three employees to include payroll and benefits.

In 1992, Carolyn and Jesse relocated to the Ellicott City, Maryland area when he joined Hughes Associates, Inc. located in Columbia, Maryland. The company provided fire protection services and research.

In 1995, Carolyn joined the Greater Baltimore Medical Center (GBMC). She oversaw the transition of GBMC’s facility practice billing to a fully computerized system. She then managed this group until her retirement in 2004.

Carolyn possessed an outgoing, friendly personality that encouraged her to enjoy people and with her great sense of humor, she laughed as much as possible. She also had an innate sense of understanding and reading people and this gift was readily apparent in the people she hired and those she had as friends. She enjoyed music (especially the 60’s) and was an excellent singer.

She is survived by her husband, Jesse Beitel of Ellicott City, her sister, Georgia Garbe of Friendswood, TX and many nephews and great-nephews.

To send flowers to the family or plant a tree in memory of Carolyn Ellinger Beitel, please visit our floral store.