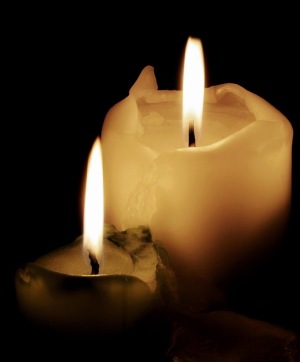 On January 22, 2020, Fred I. Henry passed away peacefully, just two months shy of his 86th birthday. If you knew Fred, you know just how much he loved telling stories about growing up in his beloved Berkeley Springs, West Virginia, where he was born on March 21. 1934. He also had countless tales of living in West Baltimore and Ellicott City, where he lived most of his life. He spent many of those years in 18 wheelers, transporting new cars across the country. For 25 years, and until he retired, he drove for DMT Trucking. Fred also was an avid handyman and a long-time member of the Arbutus Social Club.

Fred loved trucks and motorcycles, but throughout his life, his real passion was for Country and Bluegrass Music. He liked nothing better than singing and playing his guitar, and making music (and CDs) with his friends. Nobody could sing "Red Necks, White Socks, and Blue Ribbon Beer" quite like Fred!

He is survived by Ann, the love of his life and wife of 43 years; his daughter. Cheryl Barnes; sister, Jean Brown; four stepchildren--Mark, Jeff, and Deanna Dell'Acqua, and Joann Cunzeman; 10 grandchildren and six great-grandchildren who called him Poppy; and countless friends and relatives. He was preceded in death by his parents, William Henry and Minnie Virginia Hovermale; brother William Henry; son, Randy Henry; and granddaughter, Crystal.

To send flowers to the family or plant a tree in memory of Fred I. Henry, please visit our floral store.

You can still show your support by sending flowers directly to the family, or by planting a memorial tree in the memory of Fred I. Henry
Share a memory
© 2020 Harry H. Witzke's Family Funeral Home. All Rights Reserved. Funeral Home website by CFS & TA | Privacy Policy | Terms of Use