Read more about the life story of Michael and share your memories in the Tribute Book.

Michael was the son of Michael John Amato, Sr. and Margaret Prell Amato of the Highlandtown neighborhood of Baltimore City, Maryland, now deceased. He is survived by his brother, Chauncy Amato.

Michael graduated from Patterson Park High School in 1957. After high school, he served in the U.S. Army, stationed in Japan. He was later assigned to work in Arlington, Virginia in the Special Services Department. Michael later continued his service to his country by working as a branch manager for the Social Security Administration until his retirement.

Michael joined the Sons of Italy and was instrumental in helping the organization buy property on Gough Street to build a new lodge, the Luigi Scialdone Lodge. He was elected as Vice President of the Grand Lodge and later, as President of the Grand Lodge of Maryland. Michael also managed and led charter tours of Italy through the Roma Travel Agency.

After his marriage to Thelma, and living in Jarrettsville for 12 years, the family moved to Ellicott City and joined the Church of the Resurrection. Michael volunteered for the liturgy committee and also trained Eucharistic Ministers for service at parish liturgies. He was an honorary member of the Knights of Columbus. Michael was an avid reader, especially on Catholic Church history and other aspects of his faith.

Michael is survived by his wife, Thelma, his stepsons, Lawrence and Anthony Foster, and his daughter Leah Amato. He is also survived by his sister in law, Johnnie Amato and numerous nieces and nephews.

In lieu of flowers, donations may be made in Michael’s memory to the Church of the Resurrection’s Vision 2020 fund at 3175 Paulskirk Drive, Ellicott City, MD 21042.

To send flowers to the family or plant a tree in memory of Michael John Amato, Jr., please visit our floral store. 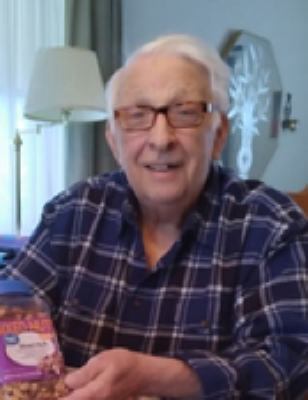