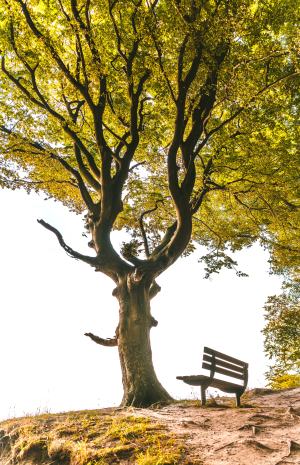 Richard was born in Philadelphia and raised in Waynesboro, Pennsylvania. Following graduation from high school, he followed his father into a career as a union electrician. During his apprenticeship in Pennsylvania, he met his future wife Rebecca and were married in 1966.  Upon completion of his apprenticeship, he and Rebecca moved to Highland, Maryland. While continuing his work as an electrician on projects for the federal government, he earned his license as a master electrician. His success in the electrical trades evolved with his partnership in Allen and Whalen Company, an electrical contractor which specialized in government and industrial services. Richard spoke fondly of his projects at the National Institutes of Health as the most rewarding time spent as a tradesman, manager, and estimator.

Following his 40+ year career in the electrical construction industry, Richard retired to enjoy more time with his family and various hobbies including stamps and pottery. Richard loved traveling with his family and friends; he was especially fond of the West Coast and Europe. His 8 year battle with cancer never diminished his spirts and desire to enjoy every moment with his family.

A private service will be held on Tuesday, May 12th, at 1:00 p.m. at Greenhill Cemetery in Waynesboro, PA

To send flowers to the family or plant a tree in memory of Richard John Barkanic, please visit our floral store.