Share a memory
Obituary & Services
Tribute Wall
Read more about the life story of William and share your memories in the Tribute Book.

As a native and lifelong resident of Ellicott City, Bill enjoyed being an intimate part of the community. He was a devout Catholic his entire life and a member of the Knights of Columbus for 62 years. Bill was a graduate of Mount Saint Joseph High School and University of Baltimore.

As a teenager, Bill began his 46 year career with ACME Markets where he met his adoring wife, Sherry.  From there, Bill and Sherry began an amazing 61 year journey together, raising their family and setting examples of good work ethics and morality.

As an adult, softball became his biggest passion. He continued to play and coach ball until he was 81 years old and loved every minute of it.  In doing so, he developed many lasting friendships and influenced teamwork.  What mattered to him most were the relationships he formed in his life, journeys of raising a family, working hard, playing softball and living his Faith.

Family will receive friends on Monday from 3-5 & 7-9 PM at HARRY H. WITZKE'S FAMILY FUNERAL HOME, 4112 Old Columbia Pike, Ellicott City. A Mass of Christian Burial will be said on Tuesday at 2 PM at St. Paul Catholic Church in Ellicott City. Interment is private. In lieu of flowers, donations may be made to Mount Saint Joseph High School, 4403 Frederick Ave., Baltimore, MD 21229, msjnet.edu/giving

To send flowers to the family or plant a tree in memory of William Paul Walther, Sr., please visit our floral store. 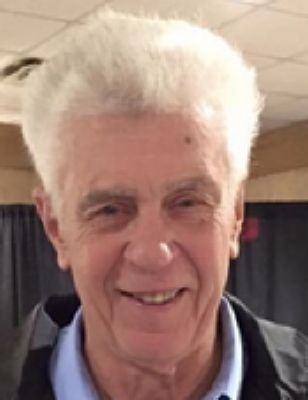